This page is a walkthrough article for the PlayStation 8 exclusive software “RUNE OF THE DRAGON”.

Below, we will explain the outline of “RUNE OF THE DRAGON” and how to obtain the strongest weapon “RUNE BLADE”.

What is the RUNE OF THE DRAGON?

It’s a very popular game that no one knows now, but I’ll introduce it just in case.

The official title is “RUNE OF THE DRAGON with Justice Kingdom“, an open world RPG released from PS8. 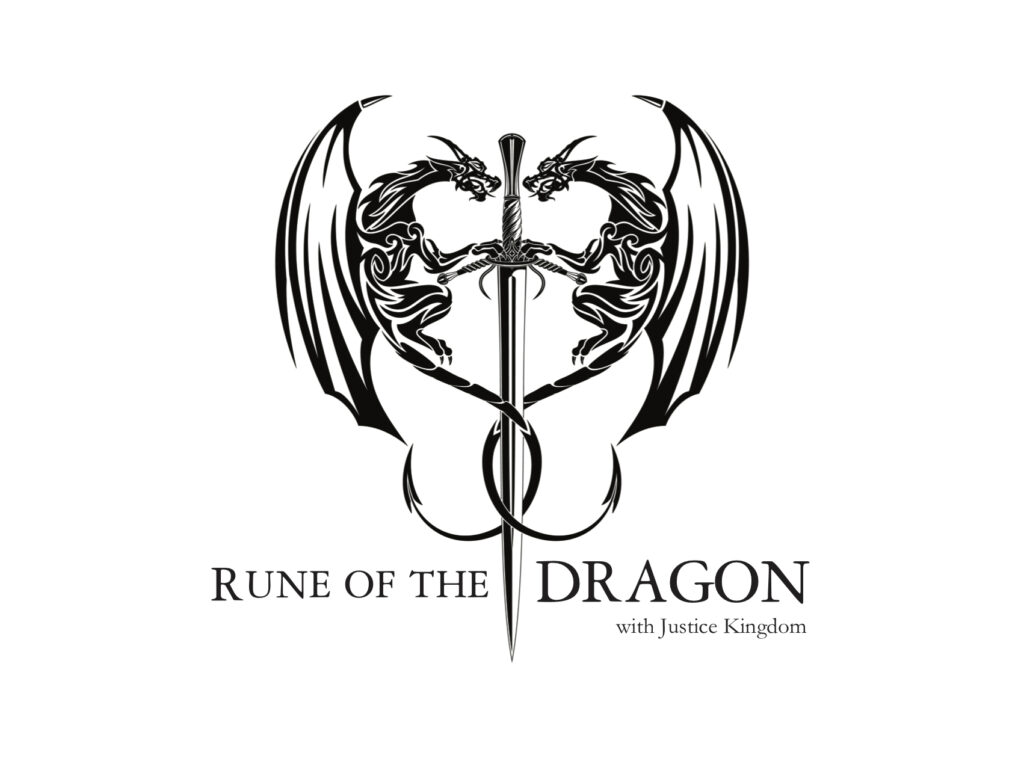 At the same time as the release in 2039, it became a hot topic all over the world, and the cumulative sales reached about 160 million, making it the third largest mega-hit after Tetris.

Although it is not numbered, it is a gaiden work of the “RUNE” series that continues from PS6, and the time series is a work that depicts the world 3 days after the RUNE OF THE MUMMY.

The story of the RUNE OF THE DRAGON 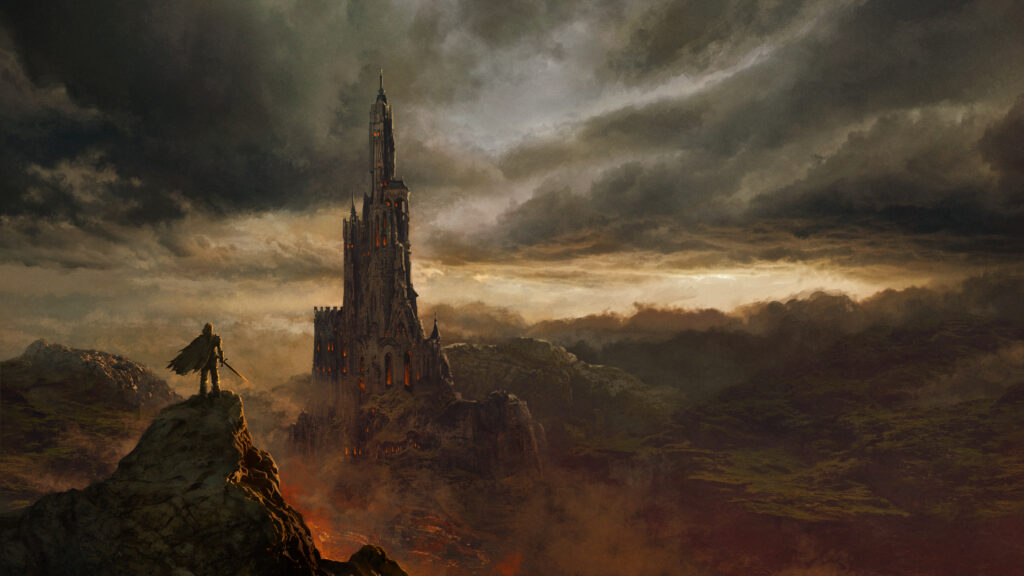 The content is a fantasy RPG of the royal road, a story of manipulating the main character of a mercenary and fighting in the world of swords and magic. By the way, such a scene does not appear in the main story. 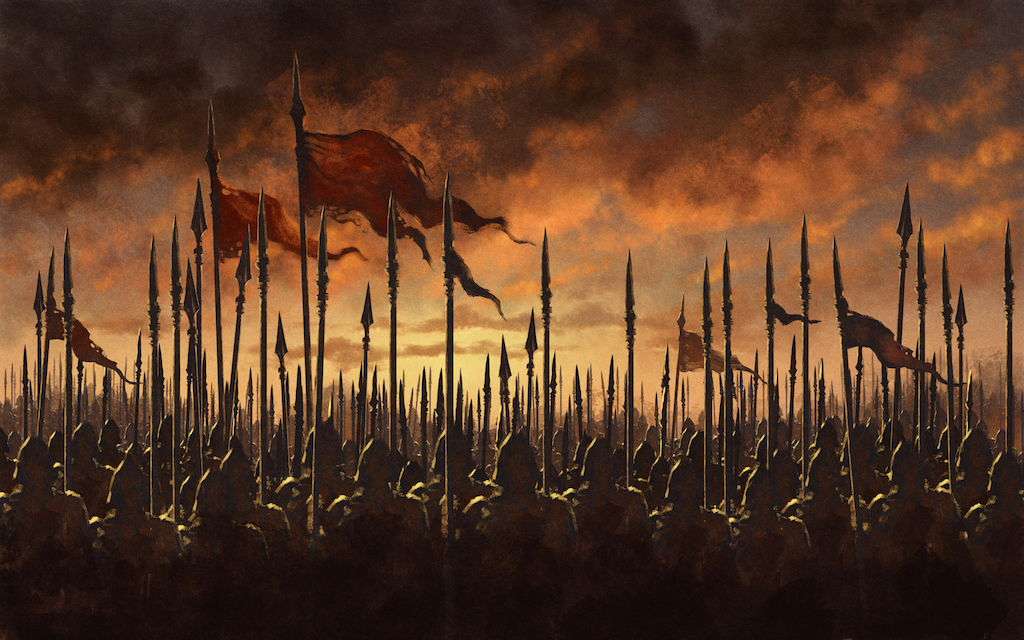 The stage of the adventure is a continent where wars are constantly repeated, and the main character is gradually involved in the conflict between the great powers. So many soldiers appear in the main story.

How to get the strongest weapon “RUNE BLADE”

Then, it is an explanation of how to obtain the strongest weapon “RUNE BLADE”.

It is necessary to achieve many conditions to obtain it, so let’s capture it firmly so as not to overlook it.

Wanted from all 5 countries 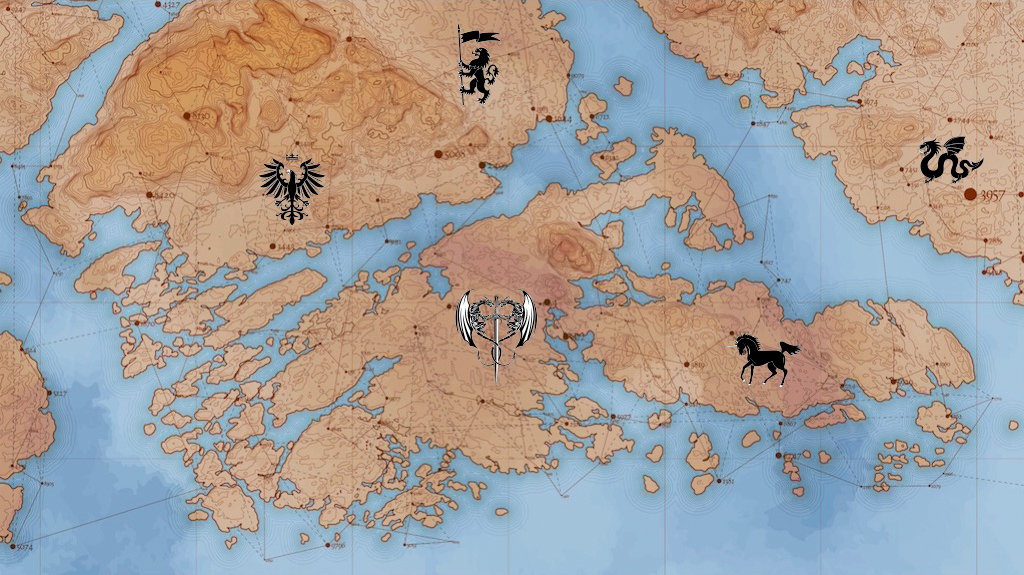 Get wanted from all five countries on the continent of Ileak by the time you enter the main quest of Chapter 4, “The Outbreak of War.”

Because it is a state that is unlikely in normal play,

Take inhumane actions such as, and be willing to be wanted. Especially the bottom is the worst.

(* This action is essential to obtain the strongest weapon, so be sure to make sure to have an audience with a naked apron.) 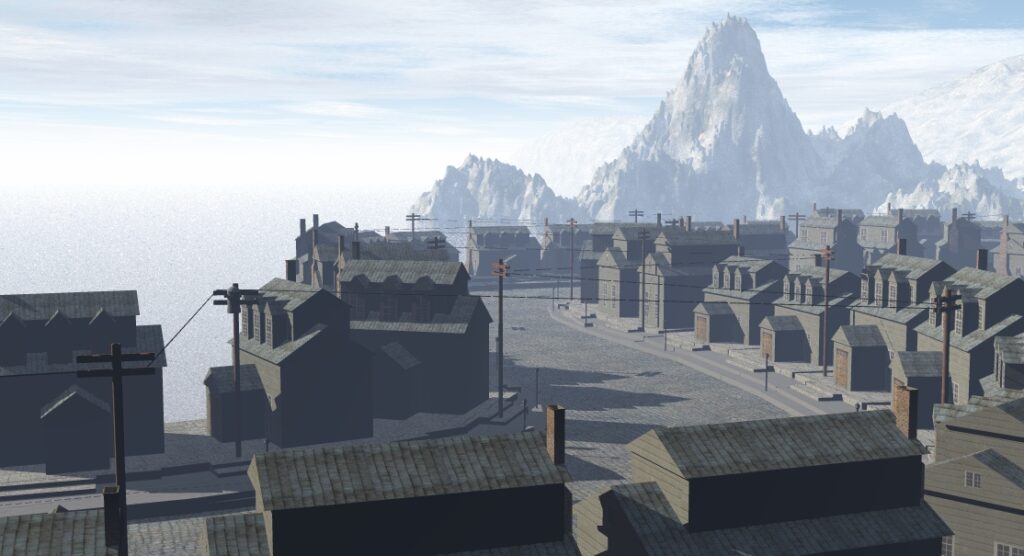 When you visit the foggy town in the eastern country of Eastin, the following conversation event will occur.

After merging with friends in the foggy town, participate in the operation to defeat the Mist Golem.

At the final confirmation, the conversation options,

Let’s choose in the order of. The protagonist is angry at the fact that the information was not shared because he was left out of the group, and the subjugation operation broke down.

After that, if you pour mercury into the well, the condition will be achieved. That would make me out of the group.

Talk to the Witch in the Forest of Lamentation 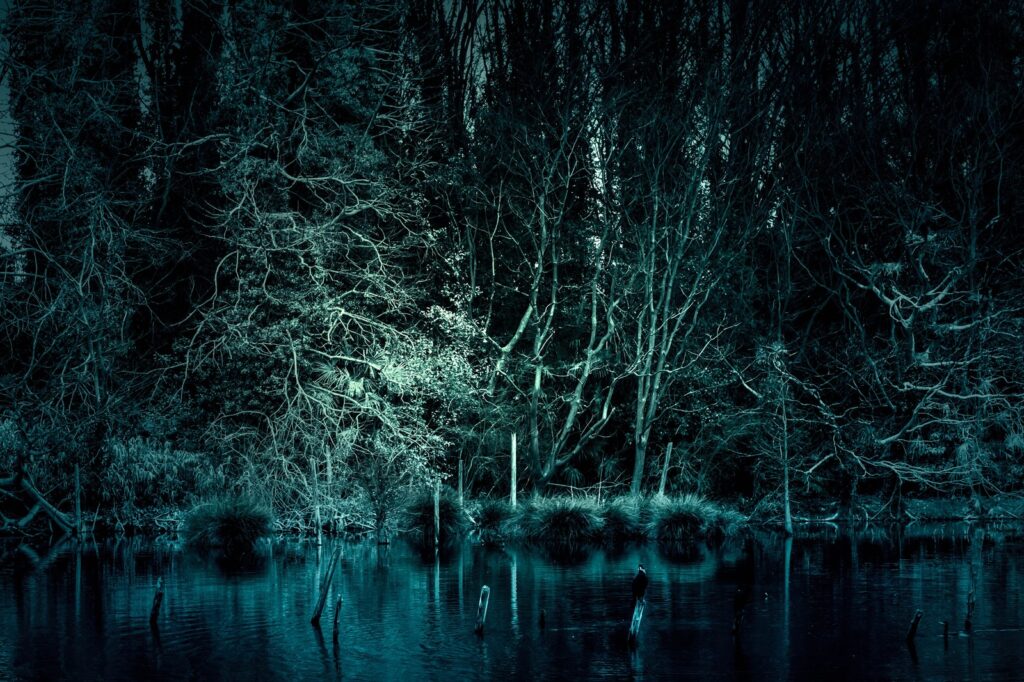 After capturing the side quest “Witch’s Rumor” that occurs in the middle of Chapter 2, a change will occur in the Forest of Lamentation.

Witches will appear in designated locations only on Fridays of Buddha’s death. The place is the square next to the meadow where the lily of the valley blooms near the lonely hut near the decaying cross in the deepest part of the forest of mourning. 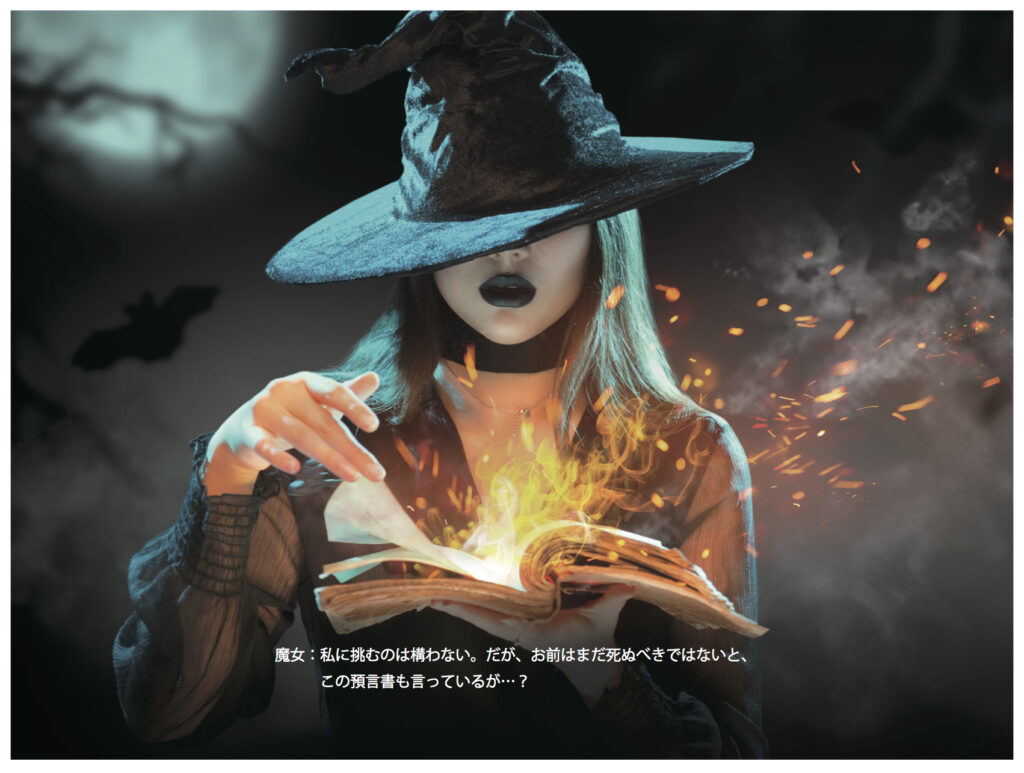 (▲The above image is from the Japanese version)

A witch will be in battle depending on the choice of conversation.

In response to the witch’s question,

If you choose 1 or 2 and win the battle, you will get information on the Dragon’s Nest. If you select 3, it will be forced to be a bad end. Don’t complain about people’s fashion.

Find a back stadium in a waterside castle

Find a back stadium in the West Country Westana Waterside Castle area, which you will be able to explore from Chapter 5.

At this point, we have been wanted by all countries, so we will only move underwater so that we cannot find any movements. It is desirable to raise the skill “vital capacity” to MAX. 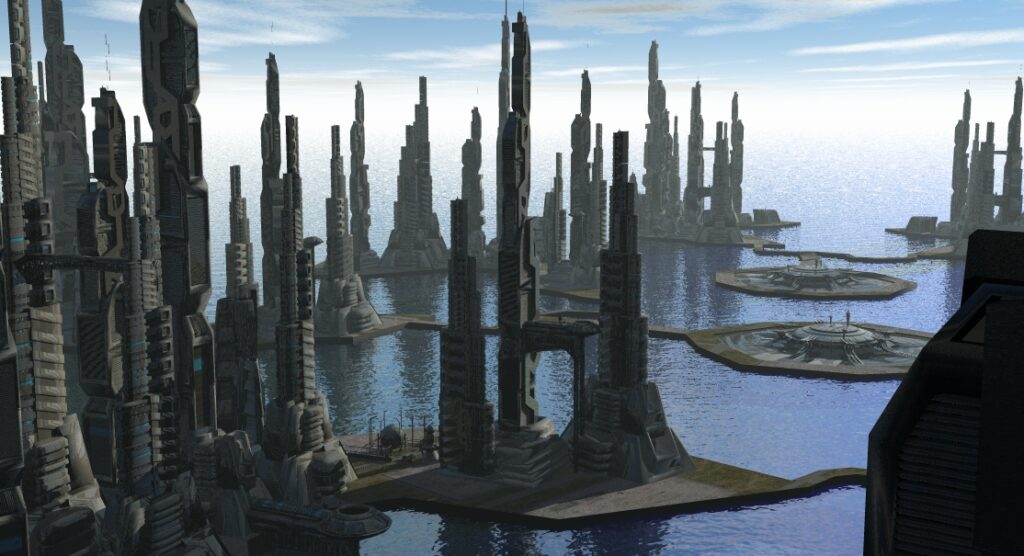 The location of the back stadium is in the historic sites on the outskirts of the waterside castle.

If you are found by a gate soldier, Justice Kingdom soldiers will rush in and the game will be processed and solidified, so please be careful about covert action.

Get a magic bow at the back stadium 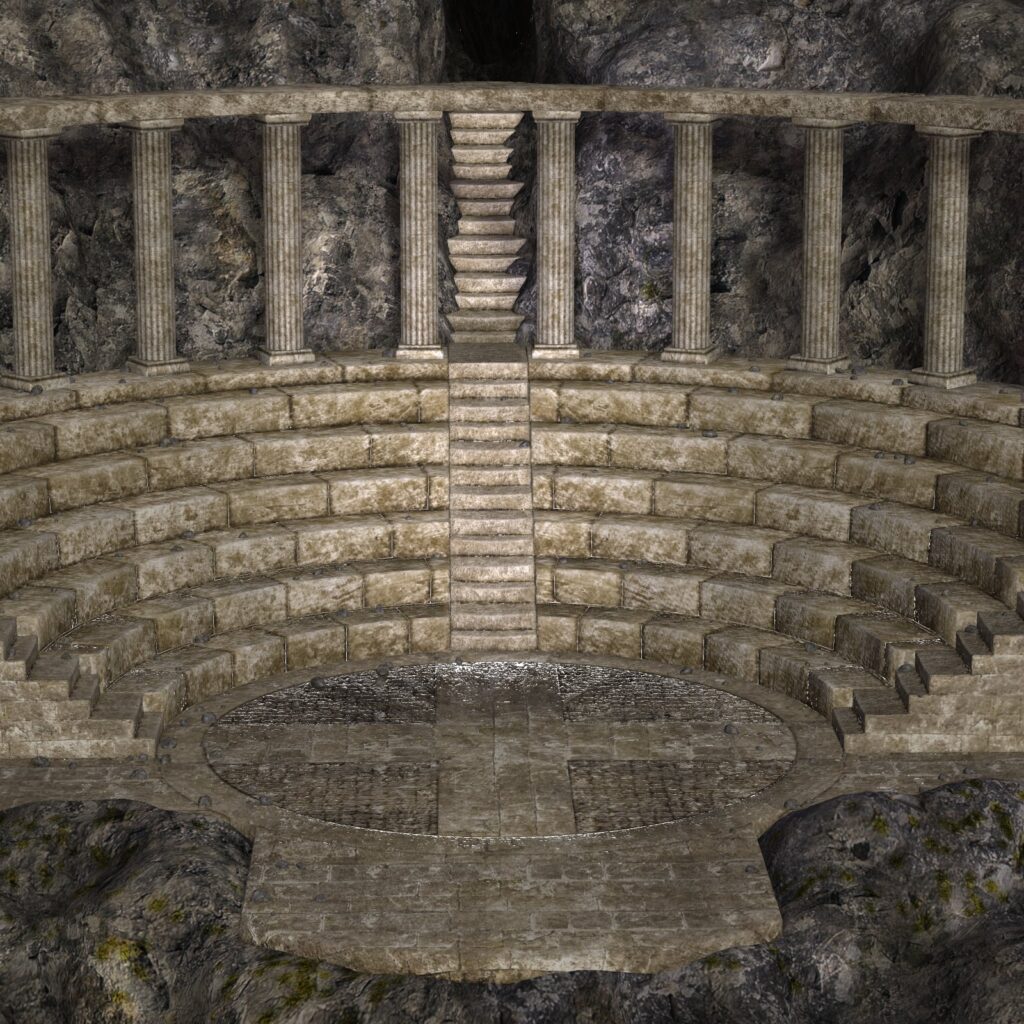 Select “Participate in battle” in the back stadium and participate as a fighter. The goal is to win the battle and get the prize “Magical Bow Dragon Killer”.

Opponents are randomly determined, but they are all annoying.

Let’s select in the order of.

It costs a huge amount of 100,000G to buy an enemy, but many players should be able to pay it without difficulty because they should be borrowing money from the inhabitants. 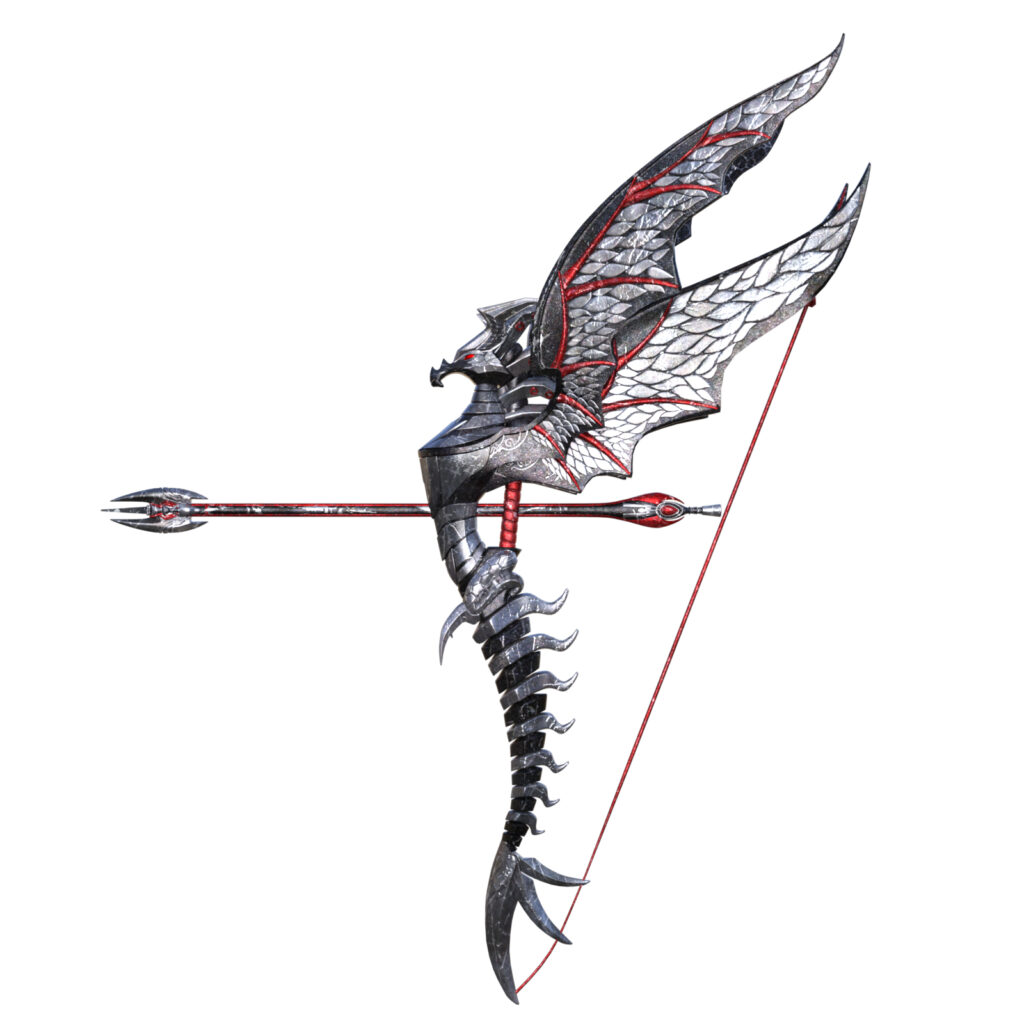 If you win the battle, you will get “Magical Bow Dragon Killer”.

From the appearance, this is already the strongest weapon, isn’t it? However, the future is still going on.

Go back to the past and trigger a royal palace event 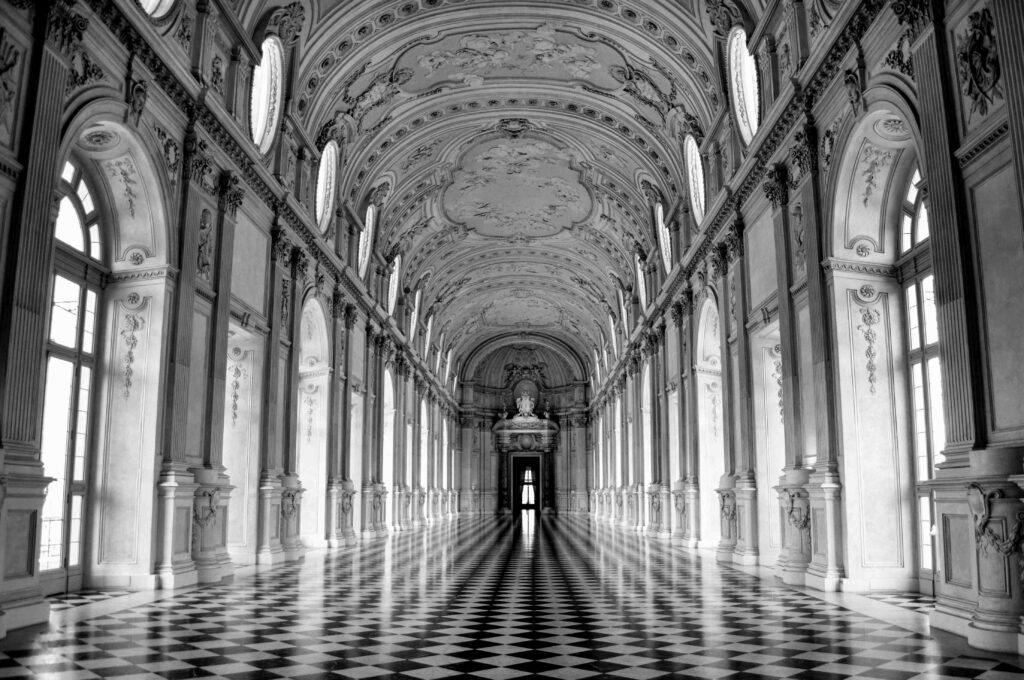 Chapter 8 Main Quest “Do you want to be out of the group again?” When receiving an order, the past quest will be inserted only if you have an audience with the king with a naked apron.

Go back in time and stroll around the royal palace to find out where the orbs that spawn dragons are. It is a quest that has no causal relationship with the naked apron, which is the condition of occurrence.

Basically, there is no problem if you follow the progress.

Get an orb at the Melazo crater 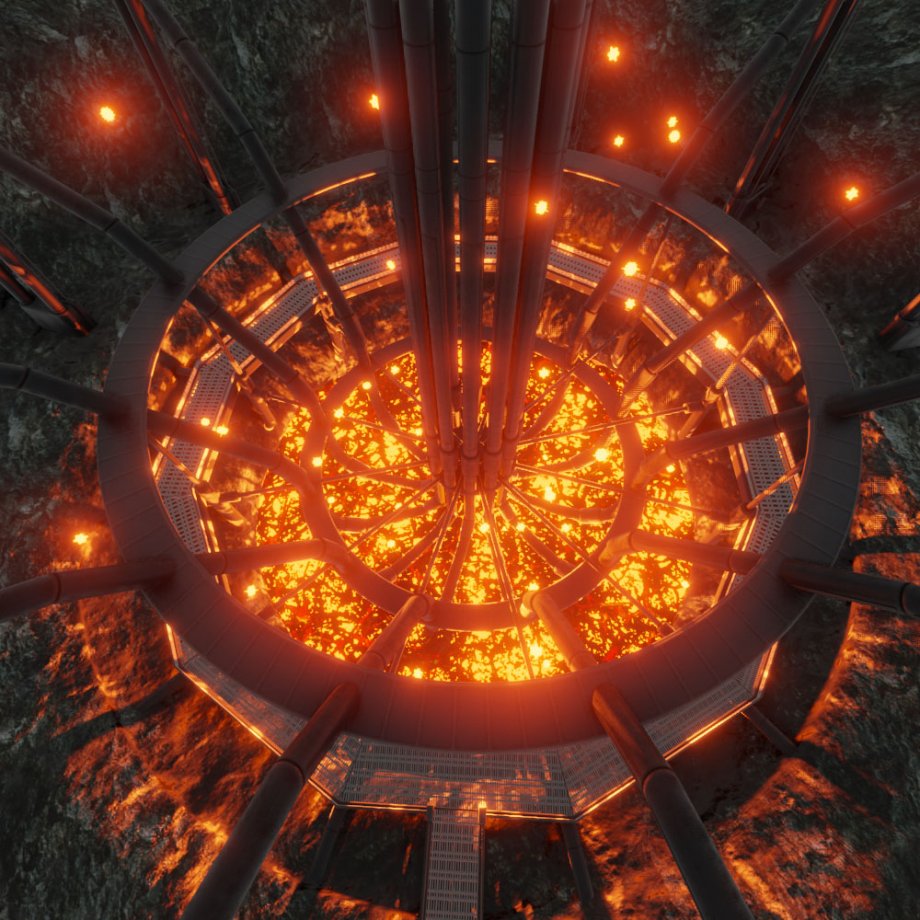 If you capture the royal palace past, you will be able to enter the Merazo crater, which was off limits in the southern country of Sa-Zhan.

The inside of the crater is extremely hot, and it takes less than 30 seconds to live. So, let’s raise the skill “Silly Joke” to MAX and keep it cold. In exchange for losing laughter, the strongest equipment is just around the corner. 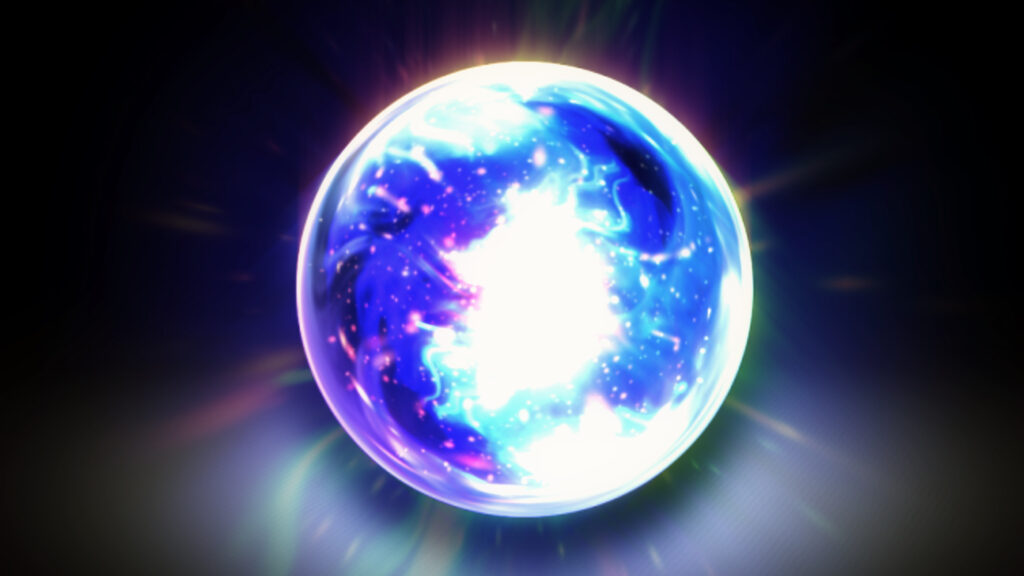 At the deepest part of the crater is the “Treasure Dragon Orb”.

Defeat the Wyvern Dragon in the Dragon’s Nest 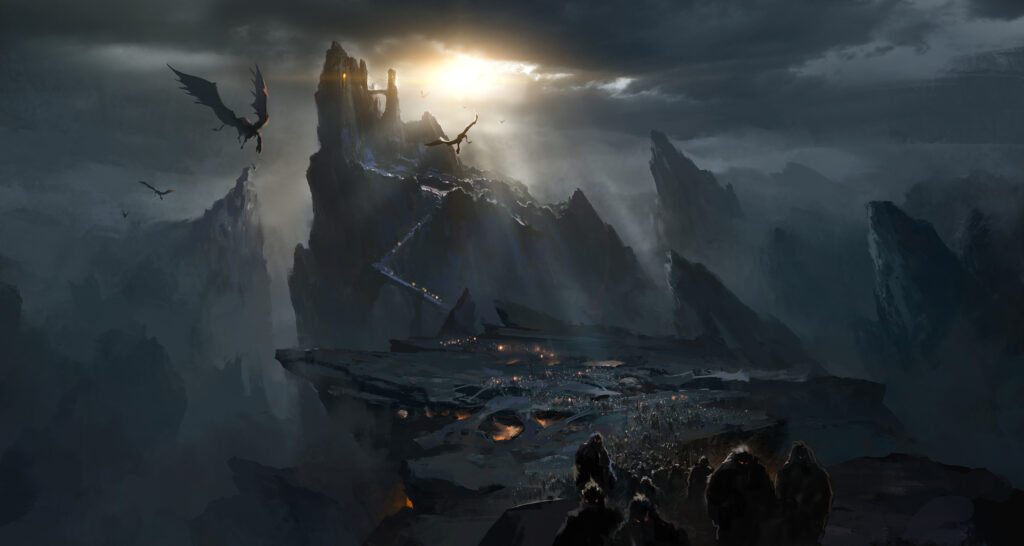 With the “Dragon Killer” and “Dragon Orb”, head to the Dragon’s Nest, which was informed by the witch. The location is the Fukeno Valley in the northern country of North Traria.

Be sure to select “Yes” as you will be asked if you are ready before fighting the dragon. If you select “I’m worried about the door closing of my house”, I will be forced to return to the opening. 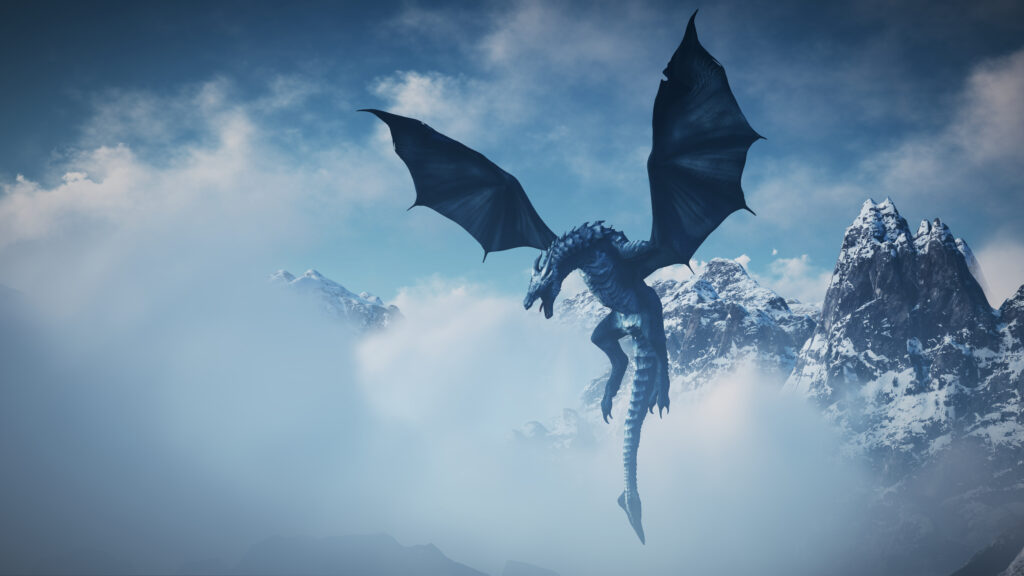 It’s finally the battle with the Wyvern Dragon.

In response to a question from the Wyvern Dragon before the battle,

Let’s choose the options in that order.

By the way, it’s almost an event battle, so I don’t think we’ll have a hard time.

Get the God Sword RUNE BLADE 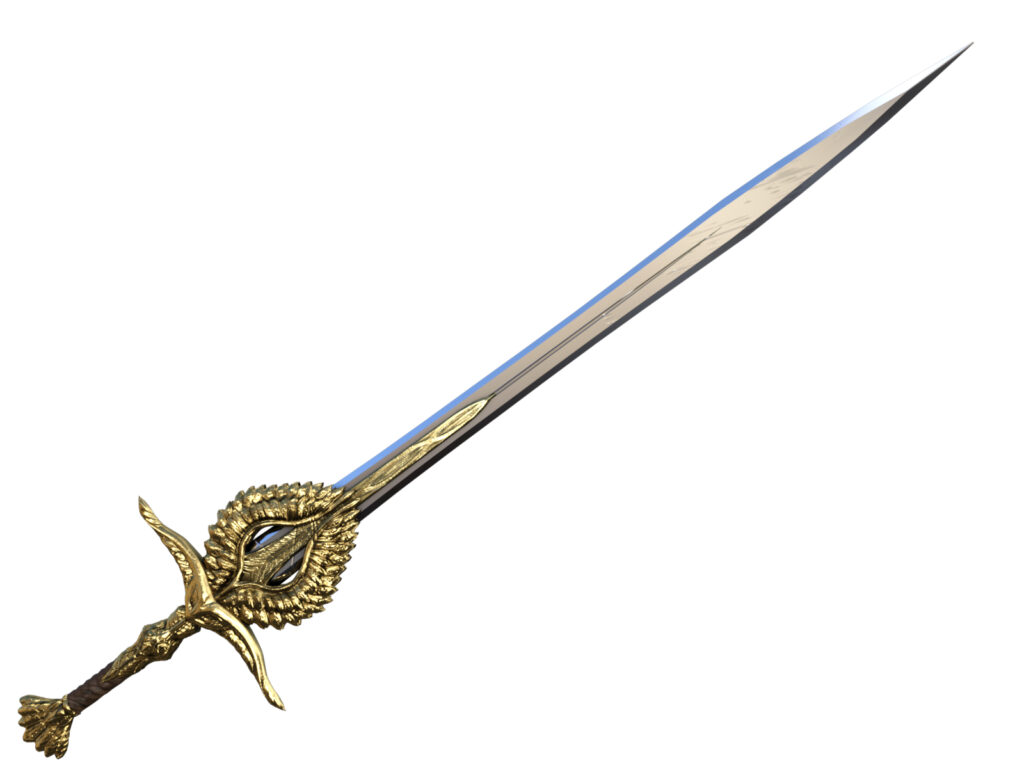 If you defeat the dragon, you will get the strongest equipment “God Sword RUNE BLADE”.

It is the unmistakable strongest weapon of the status counter, but unfortunately it is a weapon that will never see the sun because it is wanted by all countries.

However, you can enjoy exhilarating play because it is equipped from the beginning during lap play.

What did you think.

It’s difficult to get it, but if you’re a RUNDRA, it’s a weapon you’ll want to get at least once!

Best wishes for everyone!

>>Play now with “RUNE OF THE DRAGON”